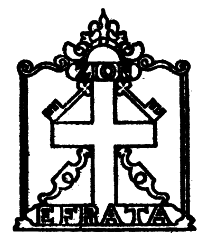 Under the leadership of Conrad Beissel in 1728, a group of German Baptists (Dunkers) in Lancaster County, PA separated from their brethren over the issue of the Sabbath. They formed a self-sufficient, monastic community at a place now known as the Ephrata Cloister. German Seventh Day Baptists, as they called themselves, had one of the earliest printing presses in the colonies. They produced the Martyrs’ Mirror (a work similar to John Foxe’s The Book of Martyrs, originally in Dutch), Continental currency, and translations of the Declaration of Independence for distribution in other countries.

German Seventh Day Baptists had the first Sabbath School (several years before Robert Raikes started a similar movement in England) until 1777 when the Revolutionary War necessitated another use for the buildings. After the battle of Brandywine, on September 11 of that year, the Brothers and Sisters cared for five hundred sick and wounded soldiers at the Cloister. Although two hundred soldiers died (and were buried on the Cloister farm), the majority recovered sufficiently to return to their homes. The toll on the community, however, was considerable, in people and in property. Disease killed many of the residents, and those who remained had to burn some of the buildings to limit the contagion.

The members of the Ephrata community established branch societies elsewhere in southern PA, including one at Snowhill (Franklin County) in 1758 and another at Salemville (Bedford County) in 1763. The work at Snowhill originally had a monastic group of men and women as well as representatives from the surrounding area who attended the church there. The work at Salemville had no monastic element; the congregation consisting exclusively of members from the community.

The devastating affects of the Revolutionary War and the limited attraction of monastic living eventually led to the decline and demise of the work at Ephrata. The State Historical Society assumed responsibility for the property in 1939 and has restored many of the buildings. A similar trend away from monasticism affected Snow Hill. By 1900, the last member of the monastic society there had passed away, although the church continued until the early 2000s with a small group meeting each Sabbath. The Salemville church did not suffer the same fate. Although not a large congregation, it maintains an active ministry of worship, study, fellowship, and outreach.

German Seventh-Day Baptists have enjoyed good relations with their Seventh Day Baptist English brethren, going as far back as 1725 when Able Noble, an English SDB minister from Philadelphia, encouraged Beissel to take a stand on the Sabbath issue. Most differences that once separated the two groups (e.g., language) no longer exist. In 1968, the Salemville church, although not part of the English Conference, joined the regional body of that group (now called the Appalachian Association) to promote common interests in camping and youth ministries.

A note on the GDSB logo:

The 1744 watermark of the Ephrata Cloister (where German Seventh-Day Baptists began) combines several biblical symbols. Upon the word “Efrata” is a cross, flanked at the bottom by two yokes and by two keys at the top. It supports the word “Zion,” over which appears the rising sun, itself flanked by two ram horns, with a halo containing the three circles of the Trinity, and crowned with a lily.